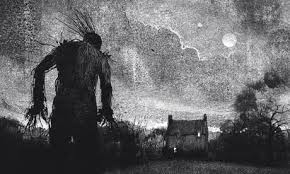 A Monster Calls
by Patrick Ness

I experienced a real conundrum as I began this review. Who will want to read this book? It is the story of Conor, a young man whose mother is sick with cancer, maybe even dying from it. Her illness has dragged on for years but she keeps a brave face, telling her son again and again that she will be okay. He feels a growing distress which manifests as intensifying trouble with friends and school. Then one night just past midnight the large yew tree from across the way, pulls up its roots and strides towards his bedroom window. He is an ancient, wild presence like the Green Man who is wise about the deep things, light and dark.

He tells Conor that he will visit three times and on each occasion tell a story. In return, he expects Conor to tell him his true story which turns out to be a recurring nightmare. A Monster Calls is a strange tale that at times feels quite magical and at others, grittily realistic. It is emotionally poignant and doesn’t shy away from the suffering wrought from serious illness and yet there is solace here too. Who is going to read it – an emotionally mature young adult, an adult who has a penchant for magical YA fiction and maybe even people who do hospice work. Strongly recommended for the right person.

P.S. The beautiful pen and ink artwork throughout the book , by Jim King really enhances theoverall impact of the work. It is a novel with illustrations, not a graphic novel.

P.S.S. The story was originally the idea of Siobahn Dowd a human rights campaigner and author, who died at 47 from breast cancer. 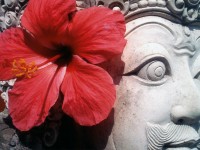 Gitanjali by Ranindranath Tagore “This is my delight, thus to wait and watch at the wayside where shadow chases light and the rain comes in…read more → 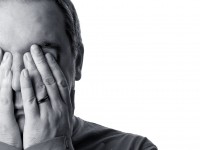 Six Books to Help with Anxiety